As I was planning my next vacation with my travel companion, we decided we wanted to be surrounded by natural beauty and gorgeous landscapes, so we chose to go on Secrets of the Rockies and Glacier National Parks with Trafalgar. We had traveled with Trafalgar in the past, on a National Parks tour in the United States, and loved the experience. Accordingly, we felt Trafalgar would do an excellent job showing us the best of Canada’s parks as well.

Our trip started in Calgary, and everything on arrival was easy due to the complimentary transfer to the hotel, and our travel director waiting for us in the lobby. We then attended the Welcome Reception. 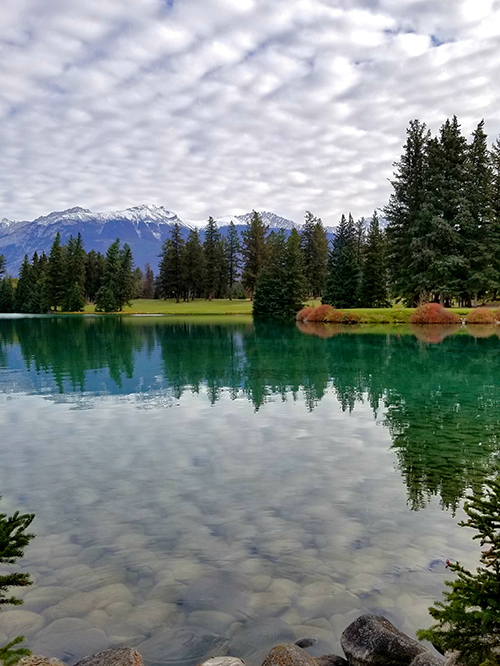 On day two, we visited the foothills of the Rocky Mountains and met with a descendant of a Buffalo Runner and a member of the Blackfoot tribe. Here, we learned about the Blackfoot culture and their hunting technique. Using their knowledge of the buffalo, they use different tactics, such as mimicking a calf in distress to lure the herd and also wearing wolfskin to create a sense of panic, causing the herd to stampede off the cliff. At the bottom of the cliff, other members of the tribe wait to kill the injured buffalo with their spears and clubs. The tribe has great respect for the animal responsible for their survival, so they use every part of the buffalo’s body including the fur, meat, and bones.

The next day, we woke up to a fresh blanket of snow covering everything. Due to road closures caused by the excessive snow, our travel director had to alter our plans for the day. We visited a carriage museum before having to return to our previous hotel for an unexpected second night. This afternoon was spent at our leisure. We enjoyed a short walk in the thick snow on our way to lunch. 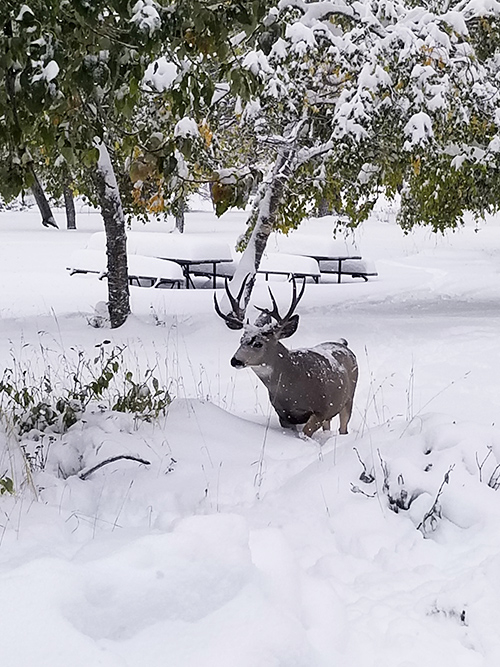 On day four, the roads were plowed and we set off for a very long day on the road to get back on track with the itinerary. Even though we spent a lot of time on the motorcoach, it was truly enjoyable. We had amazing views of cliffs, small waterfalls, snow-covered pine trees, and even moose sightings. After arriving at our hotel in Banff National Park, we set out on our own to take in the views of the spectacular turquoise waters of Lake Louise. We rented a canoe and rowed out into the lake towards the snow-capped mountains. The further we rowed, the more intense the colors of the lake became. The experience was very serene and one I would highly recommend. 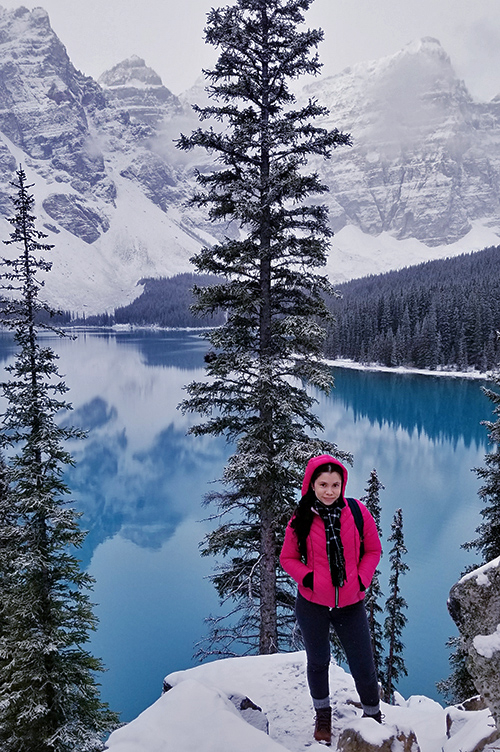 The next morning on our Rockies and Glacier National Parks with Trafalgar tour, we took a short drive to Moraine Lake, said to be one of the most photographed places in Canada. The lake is beautiful to look at from the shoreline, but we took a quick hike up the nearby cliffs for the most amazing views of the emerald waters and the Valley of the Ten Peaks. 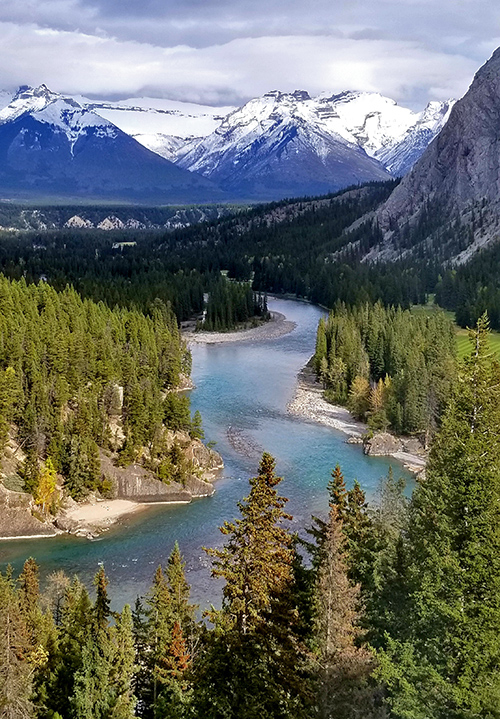 We made a stop at Bow Falls on our way to the Columbia Icefield, the largest icefield in the Canadian Rockies. We boarded an ice explorer, an all-terrain vehicle capable of navigating the rugged terrain of the icefields, which carried us to the top of the Athabasca Glacier. Our driver explained that the vehicle we were on was one of twenty-three in the world. Twenty-two of these are located in Banff and one is located in Antarctica. Once our vehicle reached the top, we were able to step onto the glacier, which has lost over half of its volume in the past 125 years and is expected to completely disappear in less than a century. 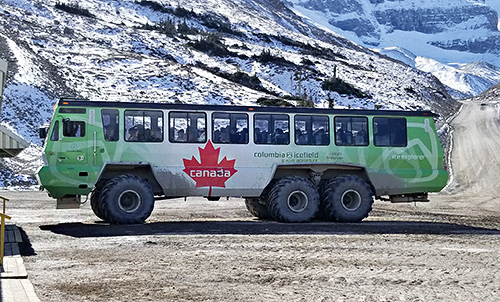 We arrived at Jasper National Park, where our group explored the beautiful paths leading up to another one of Canada’s natural wonders, Maligne Canyon. The dense forest, limestone canyon, and many blue waterfalls make for a really enjoyable hike. Later, we took a cruise on Maligne Lake on our way to Spirit Island. This tiny island is another one of Canada’s most photographed landmarks. It was originally made famous by Kodak in a 1960 photograph, which was showcased in Grand Central Station in New York. 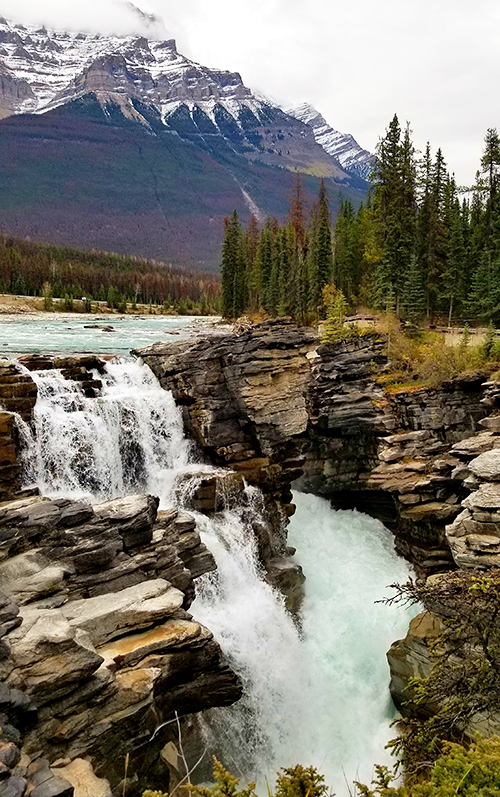 After departing Jasper, we made our way to Banff National Park and stayed in one of the most memorable hotels on the trip, the Fairmont Banff Springs Hotel. This historical hotel, known as Canada’s “Castle in the Rockies,” overlooks beautiful Bow River. Guided by the sound of the rushing water, we took the path from the hotel down to the river to walk along its banks. For this evening’s dinner, we were given the choice between three restaurants in the hotel; Italian, Bavarian, and French. We chose to have French in the Vermillion Room and enjoyed an amazing four-course meal.

On our last full day of the trip, we had a huge breakfast buffet with an incredible selection of delicious foods. We then took the city transit bus on a short ride to downtown Banff, to explore the streets, shops, and cafes. Here, we were able to do some last-minute souvenir shopping before our last excursion in the evening to Boundary Ranch.

We had our farewell dinner at Boundary Ranch, after some dancing lessons and lasso throwing. The next morning, our bus took the group back to the Calgary airport, where we said our farewells. All in all, Secrets of the Rockies and Glacier National Parks with Trafalgar was a wonderful and unforgettable trip that I would highly recommend to any traveler that enjoys nature. The mountains, valleys, lakes, and wildlife sightings you can experience in Canada will leave you in awe! 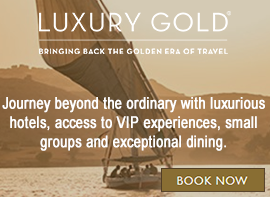 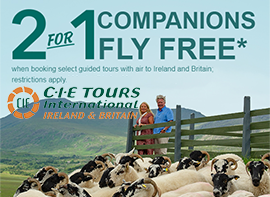 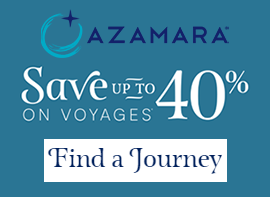